Tuesday, July 12th was our first full day in Aswan. I was quite excited because the population of that city more closely represents the peopling of ancient Egypt.

I was also excited to walk on the holy ground that once was Meröe, Napata and Kerma and others between 300, BCE and 300, CE., the last bastions of true Kemetic (read: African) culture, after the indigenous Africans were driven out of Lower Kemet in the north. 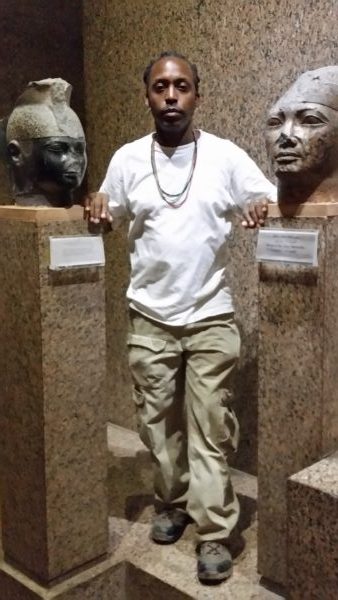 The Nubian Museum was a very pleasant surprise.

Outside, stands a replica of Nabta Playa, an ancient circular observatory of standing rocks that protrude from the sand.

It was originally discovered in southwest Egypt, near the Libyan border and is estimated by astrophysicists, Thomas Brophy and Robert Shoch to be at least 17,0oo years old. That’s twice as old as Stonehenge.

Again, I was moved by the spirit that went into the conception, creation and utility of this great human accomplishment that was created by Africans.

I was also very excited to see the busts of Shabaka and Taharka, two 25th Dynasty rulers who were responsible for fighting off Asian invaders so that Kemet could have what Ancestor John Henrik Clarke called its “last walk in the sun.”

Additionally, I enjoyed the early rock carvings that were said to have been created by those Africans who erected Nabta Playa.

Later that day, we sailed to Philae Temple.

Located on Elephantine Island, in the middle of the Nile, Philae was dedicated to the goddess Aset (Isis). It was originally located a short distance from its current location after having been moved in order to save it from being flooded due to the building of the Aswan dam.

In addition to its dedication to Aset, Phiae’s significance now lies in the fact that it was the last temple in which the authentic, indigenous African Egyptian spiritual system – to include the study and writing of Medu Netcher (hieroglyphics) – was practiced before being closed by the Roman emperor, Justinian, in 535, CE.

This move effectively ended Kemet and its native spiritual science, replacing it with European rule and Christianity.

And the world hasn’t been the same, since.

Nonetheless, my experience there was surreal. I pondered the plight of those final Kemetic priests. For the previous 600 years, these souls were forced to perform their erstwhile liberating spiritual disciplines under the yoke and onslaught and of the Persians, Greeks, and then the Romans, all to whom they imparted light, before finally being forced to extinguish in themselves the very luminance that was used to further their oppression. Indeed, a paradoxically cruel stanza in the annals of human history.

Yet, in spite of this ancient Maafa, this archaic great disaster, and all the efforts to erase Kemetic Spirituality, there I was. And it was all actuated by their dedication.

I believe that they prayed and made sacrifices so that those of us who would come after would at least re-member them by coming back.

I prayed. I thanked them. I felt them. 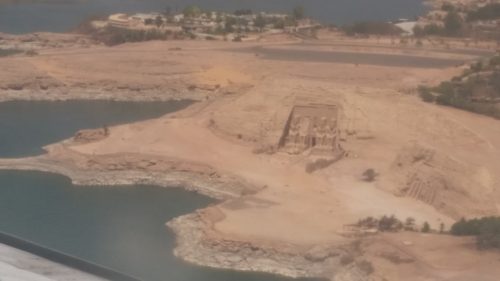